Plasma can destroy germs while preserving cells.  They also seem to provide stimulus to healing by encouraging oxidization and activating cell defense mechanism.   Plasma is normally thought to be hot like the sun but in reality only the electrons need to be hot. The electrons are only .01% of the mass of the material.  It is like if you put a ounce of molten lead into a vat of cold water, the water wins.  The electron mass is so small that they do not count and a cold plasma can easily exist.

The promise of cold plasma for the treatment of  wounds has been around for a while but now a German company called Coldplasmatech has pioneered a “PlasmaPatch” which is designed to disinfect and heal wounds.   There is no doubt in my mind that it works. However, as a new technology there may be some risks.  Maybe, less than obvious risks because at atmospheric pressures plasma are highly non-linear.  The figure below shows a plasma pencil used for medical applications from research at Stanford.  The pencil is actual a highly non-linear bullet captured in the next two pictures.

So it might appear cold but in a short instance it can be bettered described as a bullet. In fact these plasma bullets could penetrate insulating layers several mm thick.  Could they cause damage, the answer is obviously yes, but the benefits may outweigh the risks. That is still an open question.

However the treatment of wounds is really a war against invaders, many invaders like have developed sophisticated defense mechanisms.  Bacteria can form films that are hard to penetrate and difficult for traditional chemical treatments to penetrate. Maybe, the plasma bullet is really the silver bullet needed.

The “cold plasma” patches developed by Coldplasmatech are made of silicone, and use the ions and UV radiation emitted by the material to treat infections in chronic wounds while simultaneously accelerating the healing process.

“This ionized gas is bioactive so it leads to, on one hand, killing of bacteria, and on the other hand, activating cells by putting them under stress,” Carsten Mahrenholz, founder and CEO of Coldplasmatech, told me over Skype. That leads to “the secretion of [cytokine] messengers, cell proliferation, cell migration, and so on,” he added. 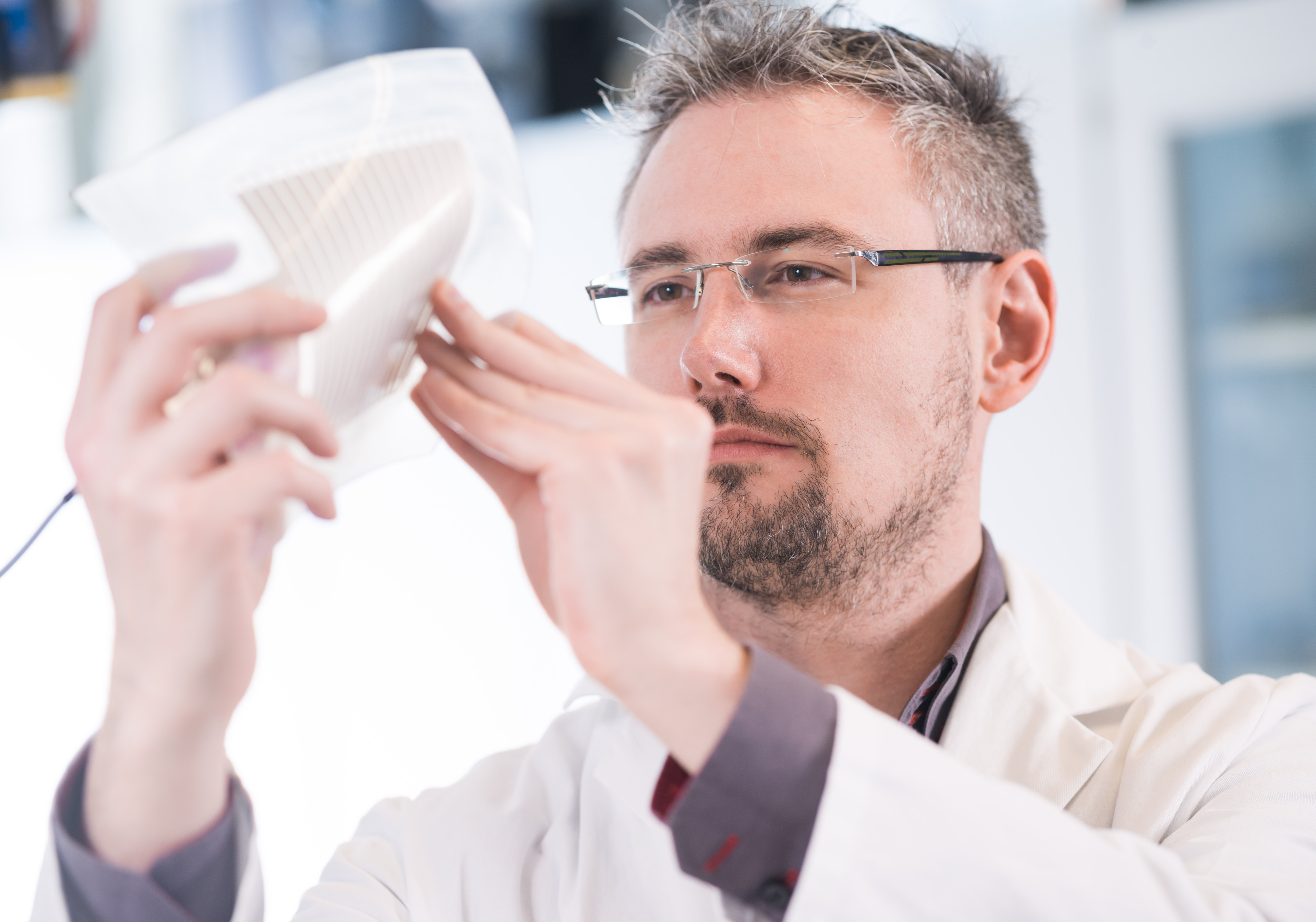 The bacterial infections that can develop on chronic wounds—bed sores, burns, or diabetes-related skin damage, for instance—are normally treated with antibiotics. Scientists have long warned that these methods breed superbugs that have become resistant to traditional drugs. Using cold plasma patches skirts this problem, but the downside is that the patches can only be used for external infections.

“What we can do is local treatment on wounds directly,” Mahrenholz said. “You have the problem and the benefit that antibiotics are systemic treatments—you take the pill and everything is flushed with antibiotics. However, often when you have wounds or when you do surgery, you have the problem that it gets infected locally and then the bug goes from there to the system.” 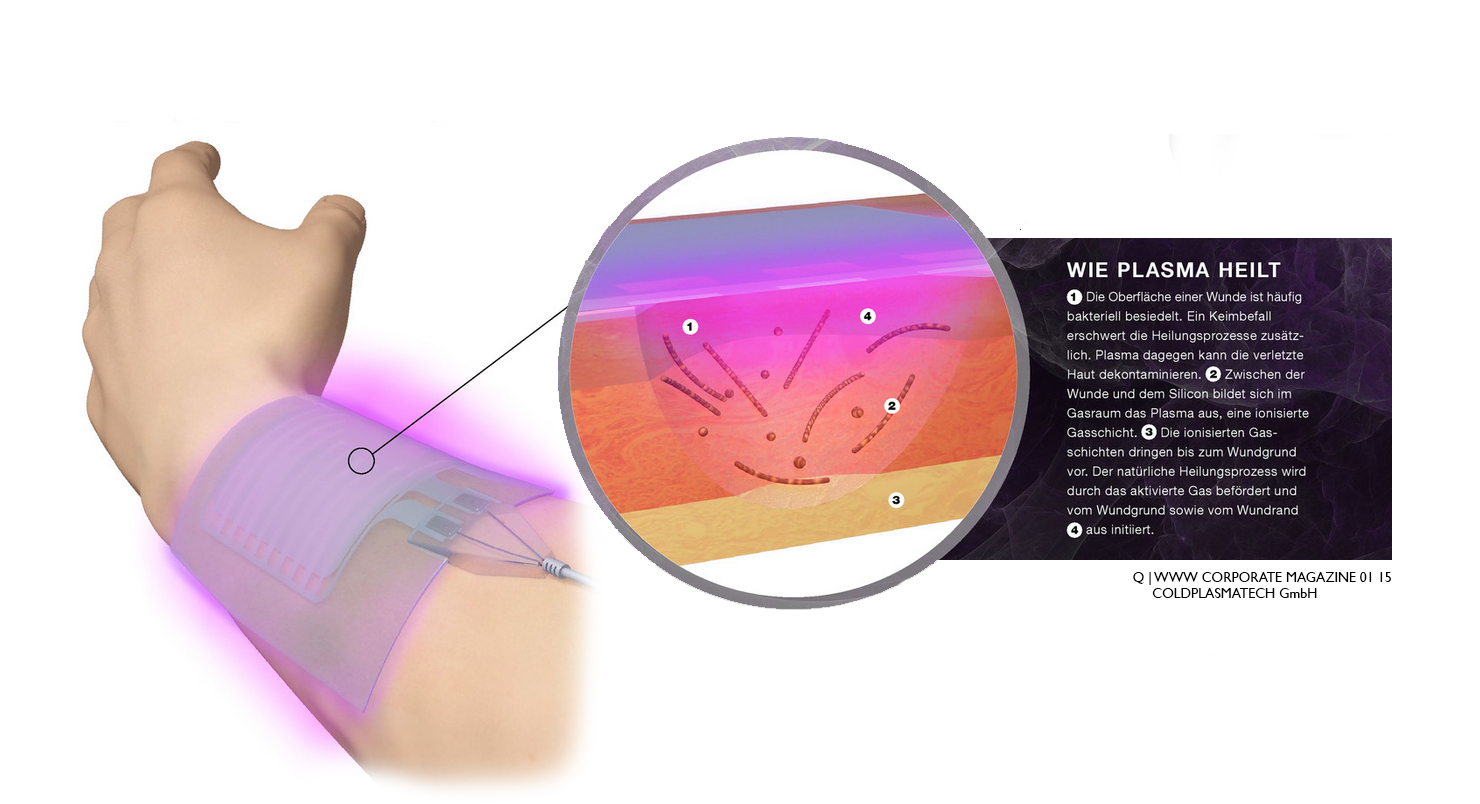 Once the infection has spread internally, he said, antibiotics would be needed to fight it. But for the tens of millions of people worldwide who suffer from skin-deep chronic wounds, cold plasma could be a safer and more comfortable option. Unlike antibiotics, which are sometimes administered over a period of weeks, the patch kills infections in minutes. Cold plasma also doesn’t produce the same annoying side effects that antibiotics do, like allergic reactions, vomiting, or diarrhea.

“Antibiotics give you the shits, and plasma is the shit,” Mahrenholz quipped.